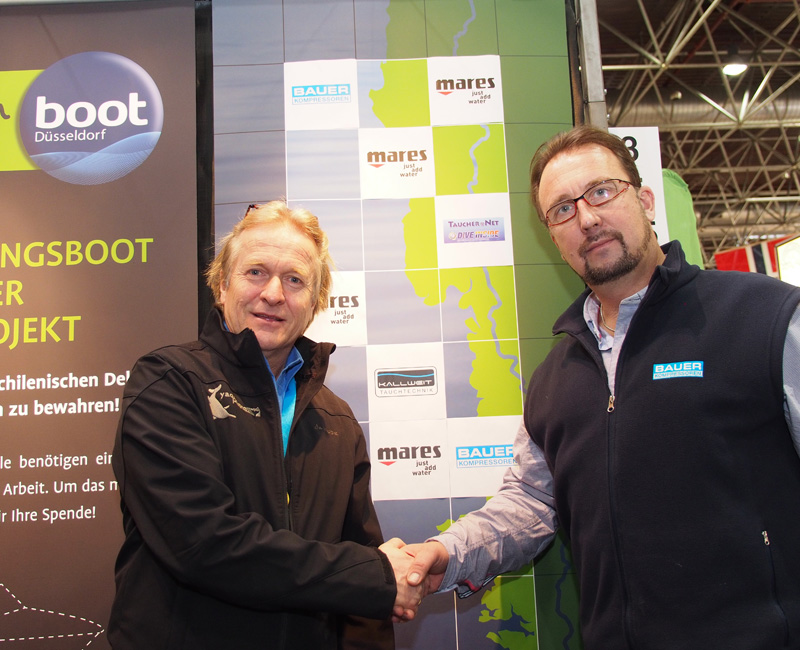 Lorenzo von Fersen thanks BAUER KOMPRESSOREN for its support 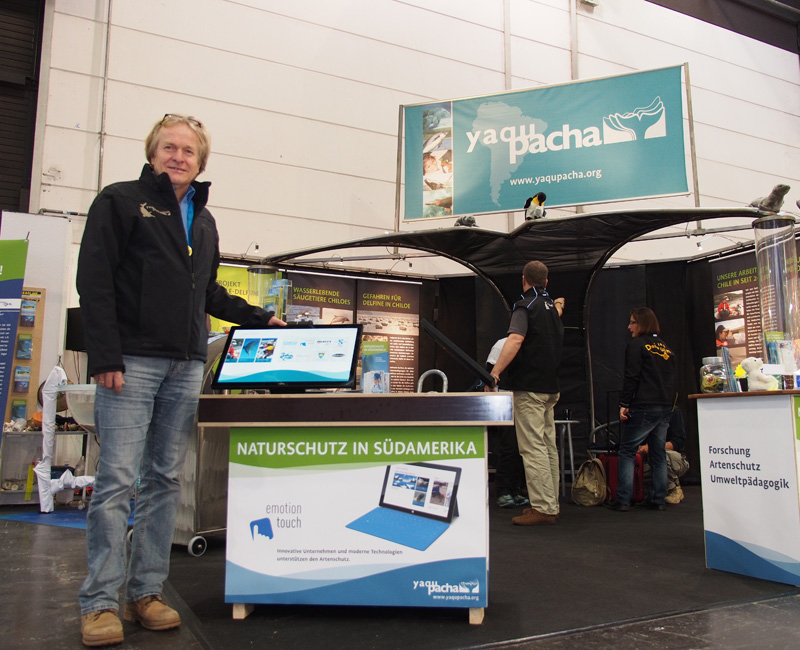 Yaqu Pacha is a leading international organisation engaged in conservation in South America. It focuses in particular on the highly endangered species of freshwater and saltwater dolphins. This sees the organisation using the limited donations every year to fund a core project aimed at supporting the conservation of a particularly endangered species. This year, the conservation efforts are focused on the Chilean Dolphin and the Peale's Dolphin. Dr. Lorenzo v. Fersen, senior chairman of the conservation organisation, provided information on the occasion of the world's largest aquatic sports exhibition boot 2013 at the Yaqu Pacha stand (F61, Hall 13) on the threat to the population due to mussel and salmon farming, which restricts the habitat for these animals. Many animals also die as by-catch in fishing nets.

As in previous years, BAUER KOMPRESSOREN, a market leader for diving compressors, along with other leading manufacturers of diving equipment, supports the project out of a sense of conviction and responsibility for the conservation of the habitat "ocean" with a cash donation. The collective donations go towards actively supporting the "Universidad Austral de Chile" in Valdivia in its scientific research work through the acquisition of a research Zodiac.

Further information about Yaqu Pacha and the project is available online at: www.yaqupacha.org