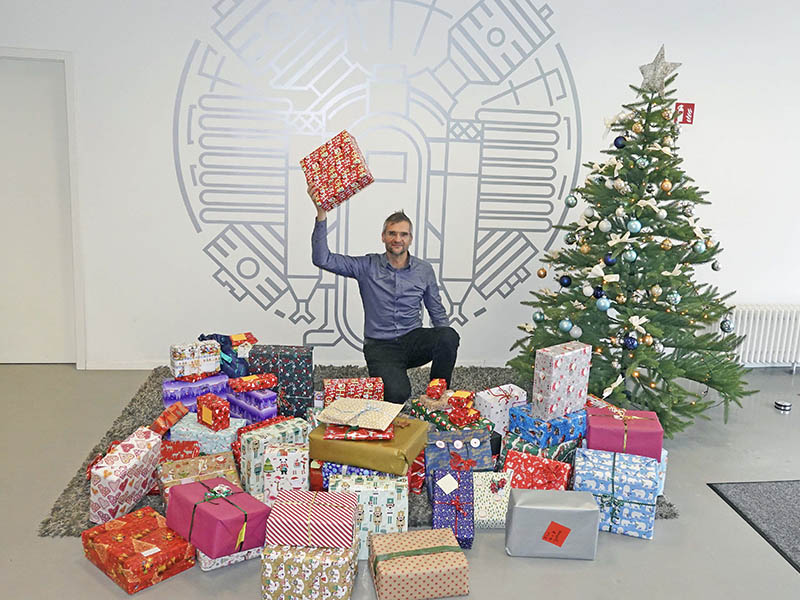 66 parcels, the proud result of the collection campaign at BAUER

The long-standing Bavarian initiative “Weissblauer Bumerang” supports children who might otherwise go empty-handed at Christmas. Thanks to the charity’s efforts, every Christmas children in deprived or low-income family circumstances can look forward to gift packages assembled and collected by warm-hearted donors.

Two years ago, BAUER member Olav Weidemann read a news report about the charity which moved him so strongly that he spontaneously launched a collection drive among his colleagues. This year, he was overwhelmed by the huge success of his call for donations. At the end, an incredible 66 members of the company and management gathered in the lobby to parcel up the donations and gifts. After the tragic death of “Weissblauer Bumerang” founder Erwin Ritthaler, the Christmas campaign will be continued in future by the charity “Der Heimatstern”.

BAUER plans to make its support a regular part of the Christmas season.