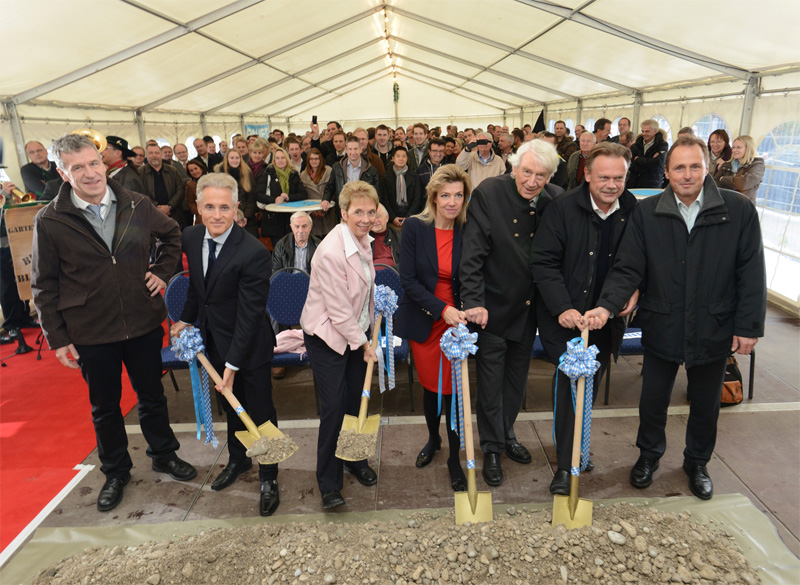 In Geretsried, south of Munich, a highly modern building for subsidiary BAUER KOMPRESSOREN is being constructed next to the UNICCOMP BAUER compressor factory. The symbolic ground-breaking ceremony was held on 11th October.

Celebrating with beer, snacks and a band, an important milestone was set in the history of family company BAUER. Taking part in the celebrations were around 200 employees and the Bayat/Bauer founding family as well as numerous invited guests from politics, administration and the press.

With the complex relocation of a section of the staff and moving production from Munich to Geretsried, the family owners underlined their commitment to their local business location, even though the level of the BAUER GROUP's exports stands at 90 percent. Thanks to the new building and the immediate proximity to the UNICCOMP compressor plant – where the production area is also being expanded – the production processes are being further optimised, and the site also provides a firm basis for a future expansion of the company.  "The opening ceremony sees us laying the foundation stone for further growth and employment", said Philipp Bayat who runs the company together with Dr. Monika Bayat, owner and daughter of CEO Heinz Bauer. "With Geretsried as an important production site", added Dr. Monika Bayat, "the BAUER GROUP will remain modern and competitive."

The construction work is scheduled for completion by the end of 2014.