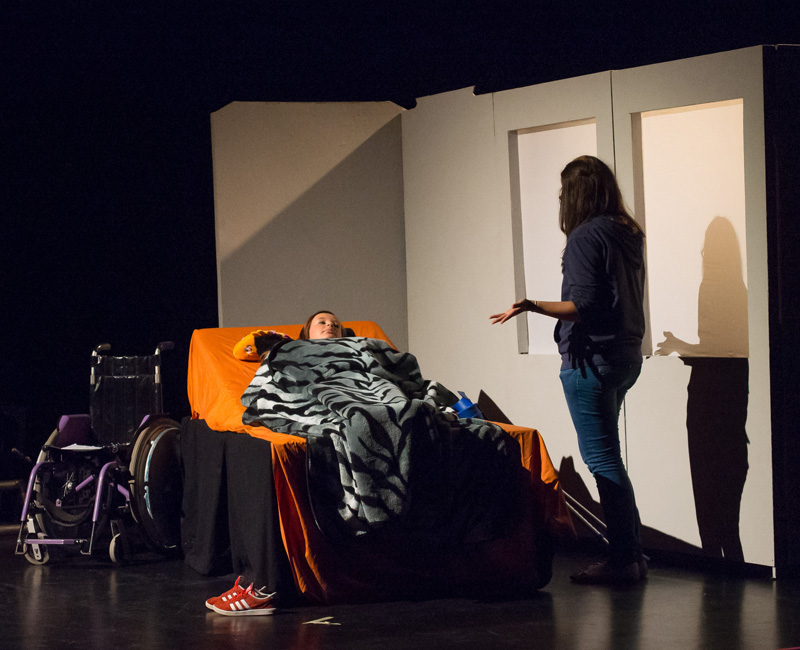 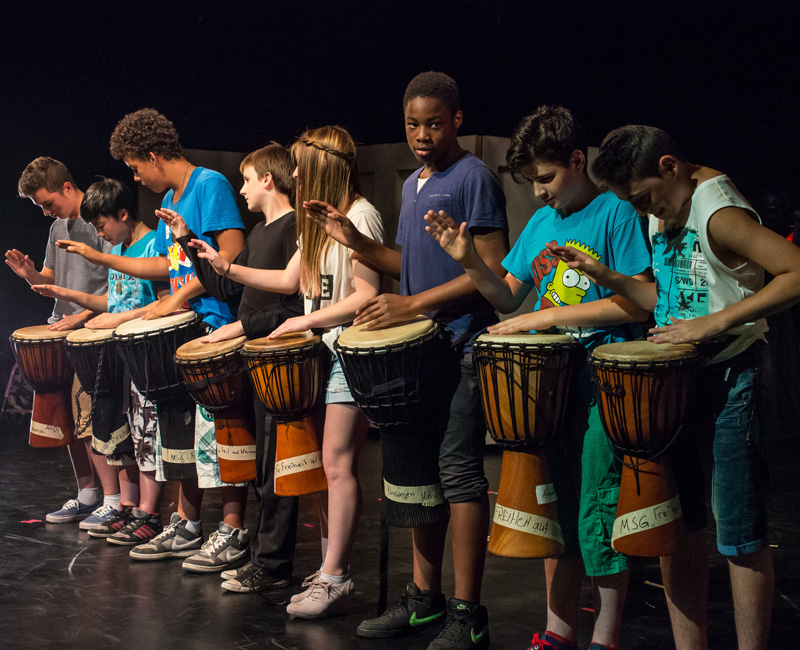 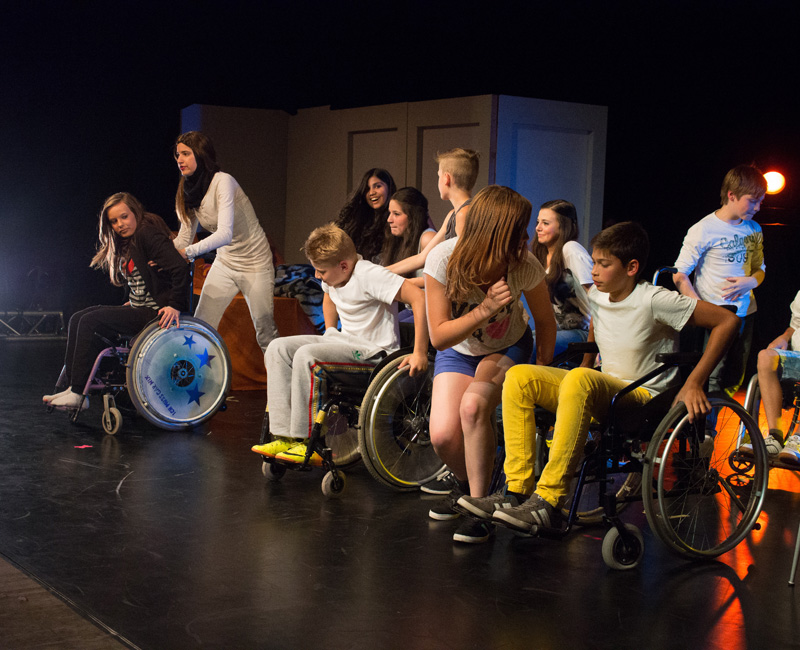 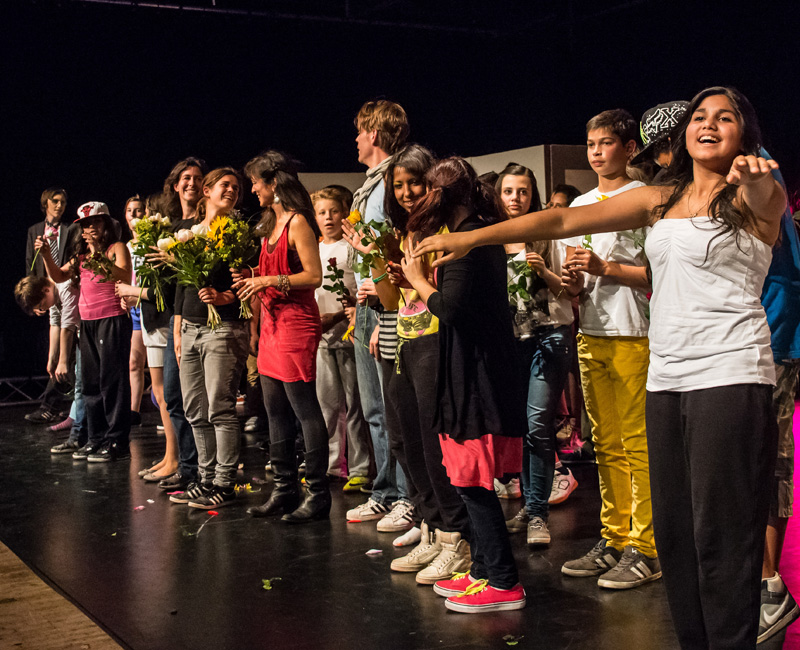 Under the title ‘Rampenlichter’ (‘Spotlights’), a committed theatre festival is currently underway in Munich for children and young people, sponsored by the non-profit association “Spielen in der Stadt e.V.”

The object is to encourage children from disadvantaged social backgrounds and to inspire them for art and culture. BAUER KOMPRESSOREN helped get the project financially off the ground with a donation, which specifically benefited the full-day classes 6g and 7g of the middle school in Guardinistrasse.

The result could be admired on 27th June at the theatre “Schwere Reiter” in Dachauerstrasse 114 in Munich. Performing before a full house, the impressive theatre-dance-film-music performance “Jugend auf Umwegen” (‘Young People on Detours’) told the story of Lena, who was injured in a car accident and who, with the support of her friends, finally managed to overcome the confinedness of being in a wheelchair.

The thrilled audience showed their appreciation for the successful combination of dialogue theatre, percussion group and singing at the end, with a well-deserved round of applause.