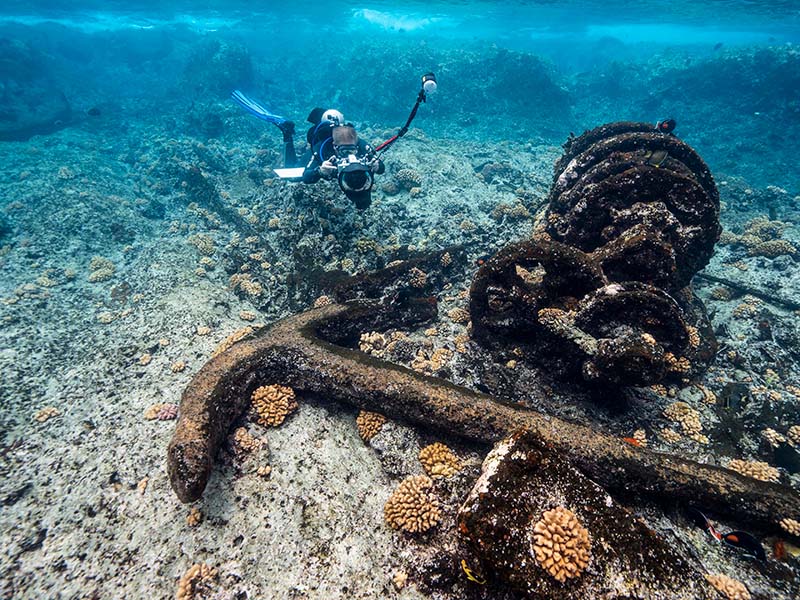 Anchor and other remnants of the the wreck in shallow water 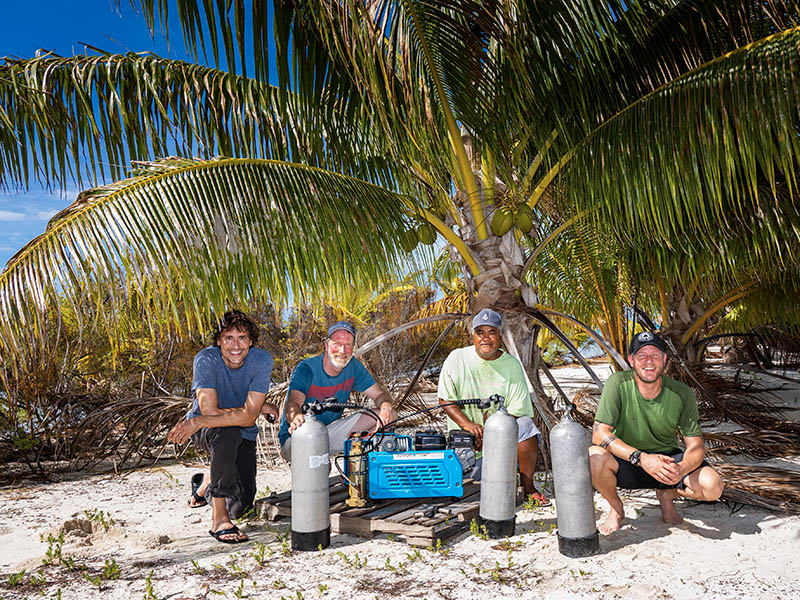 In November 2021 a team of research divers from SUBMARIS, a company based in Kiel, North Germany, set out on a journey that would take them halfway around the world. Their destination was Mopelia, an uninhabited atoll in French Polynesia; their goal was to document the remains of the German ship SMS Seeadler (“Sea Eagle”). The wreckage of the craft, which sank in dramatic circumstances, had fascinated scientists and expedition divers alike for a century.

The three-masted steel-hulled sailing ship was one of the last merchant raiders to be used by the Imperial German Navy in the First World War. Under the command of its captain, Felix Graf von Luckner, it successfully captured 14 ships in battle until a raid on 2 August 1917 in the South Pacific ended in an unfortunate disaster. An anchor gave way in severe weather conditions and the ship smashed against a reef, where she sank. After the war Luckner rose to world fame through his novel, “Der Seeteufel” (“The Sea Devil”), an account of the raid.

The diving expeditions succeeded in recording scientific data about the wreck, a valuable relic of cultural history, before its remnants finally succumbed to the destructive power of the waves. The greatest preliminary challenge was to transport the necessary equipment to this extremely remote area of the world –and, particularly, to ensure the divers would be reliably supplied with pure breathing air. Without a filling station on site, the expedition needed to take along a breathing air compressor that was as compact and reliable as possible. There was no question of taking the company’s own BAUER OCEANUS compressor over from Germany as air freight, due to weight limits and cost constraints. BAUER therefore stepped up to support the expedition via its BAUER COMPRESSORS ASIA branch, which arranged for the contribution of a mobile JUNIOR II. The rugged and indestructible item of kit was supplied by BAUER’s service partner, Tahiti Sports, for the duration of the expedition.