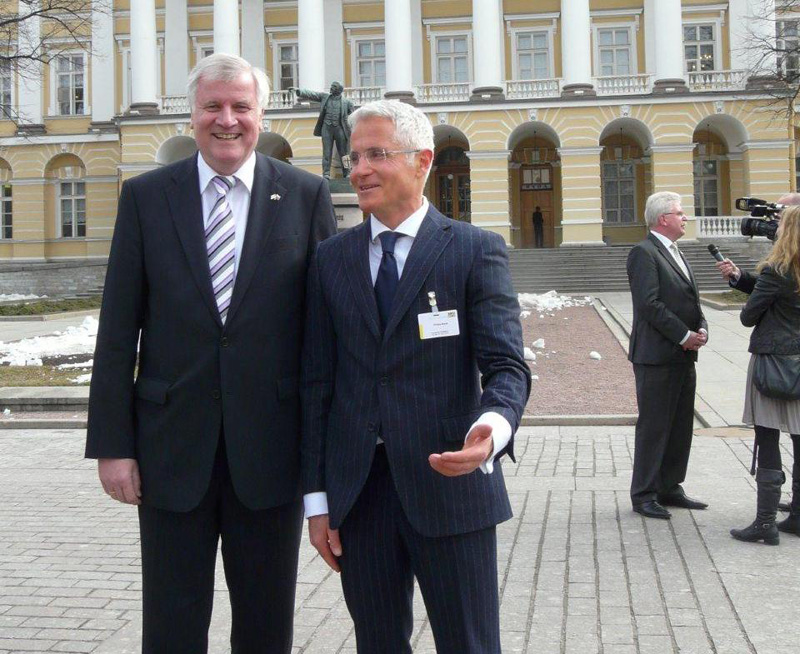 Philipp Bayat, Head of Sales and Marketing at BAUER GROUP, with Bavarian Prime Minister Horst Seehofer. Economy Minister Martin Zeil can be seen in the background. 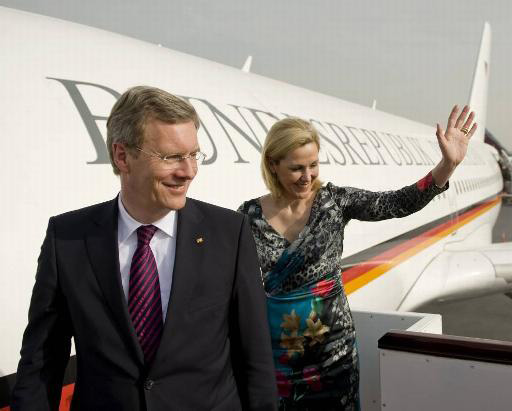 President of Germany Christian Wulff and his wife Bettina at Doha Airport in Qatar. 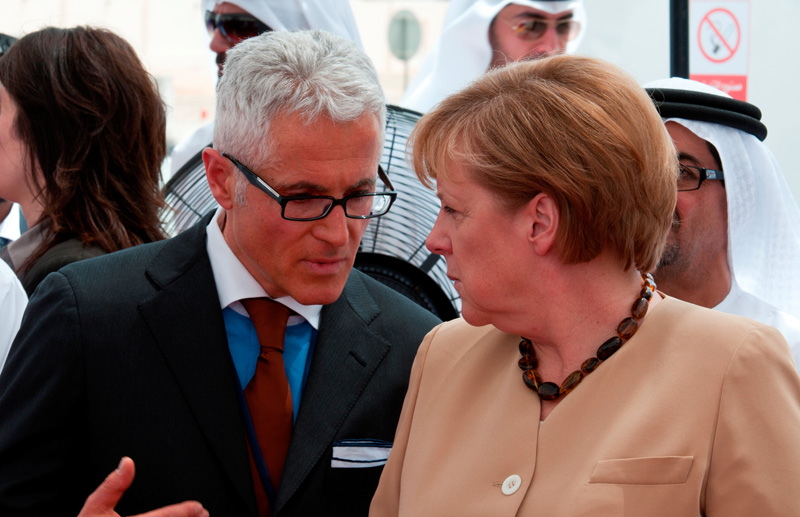 German Chancellor Angela Merkel and Philipp Bayat in Abu Dhabi in May 2010. In May 2011 they will travel together to India and Singapore.

When Bavaria’s Prime Minister Horst Seehofer visited the Russian Federation from 10 to 14 April 2011, Philipp Bayat, Managing Director of BAUER GROUP, was there.

The Russian Federation is embarking on a vast wave of modernization, with 20 billion euros in government spending on new technologies earmarked for 2012 alone. It was only logical, therefore, that BAUER GROUP was invited by the Bavarian State Chancellery to join representatives from industry giants such as Siemens and BMW in the business delegation: BAUER is the global leader in the high-pressure compressor market, and the European market leader in the construction of natural gas filling stations.

The talks held by the delegation with dignitaries including the Energy Minister of the Russian Federation, the Governor of St. Petersburg and the powerful Mayor of Moscow  were described by Philipp Bayat as “extremely successful”. “There was a wonderful welcoming atmosphere – and we achieved everything we set out to do.”

Philipp Bayat accompanied the President of Germany, Christian Wulff, and his wife Bettina on their visit to Qatar in February, where he attended a host of business meetings.

At the end of May/early June 2011, Philipp Bayat will join the Chancellor of Germany, Angela Merkel, on her visit to India and Singapore, both of which countries are home to subsidiaries of BAUER GROUP. Ms Merkel and Mr Bayat had already met on the Chancellor’s visit to the United Arab Emirates in May 2010.