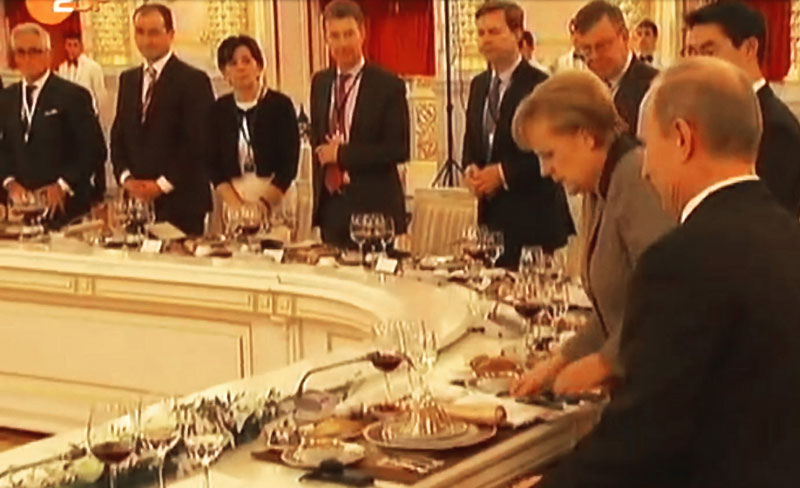 Moscow. Besides the representatives of major DAX-listed companies such as Siemens and Volkswagen, on 16 November 2012, Federal Chancellor Angela Merkel had also invited representatives of leading medium-sized family businesses such as BAUER to the business talks held within the scope of the German-Russian government consultations.

With an information sheet specially prepared for this occasion on the initial cooperation between Gazprom and BAUER involving the construction of natural gas refuelling stations, Philipp Bayat aroused the interest of Vladimir Putin and Alexey Miller, the CEO of Gazprom. The discussion about the project for the expansion of gas grids in the Russian Federation was subsequently one of the main topics of the evening. Miller highlighted the start of the successful cooperation with BAUER, which is being followed with interest.

Miller highlighted the significance of CNG as a fuel within the scope of the Russian initiative for the expansion of gas grids and thanked BAUER for the good cooperation.

Besides the Federal Chancellor Merkel, President Vladimir Putin and Minister of Economic Affairs Rösler, 11 German and 11 Russian entrepreneurs took part in the talks held in the Alexander Hall of the Kremlin.