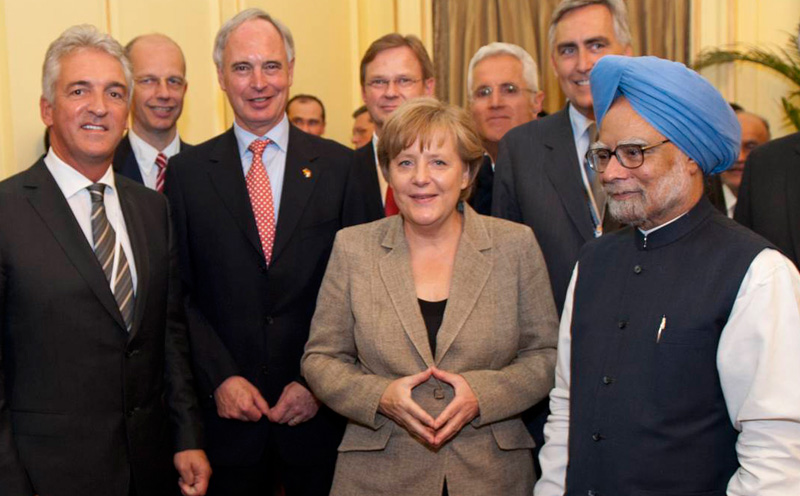 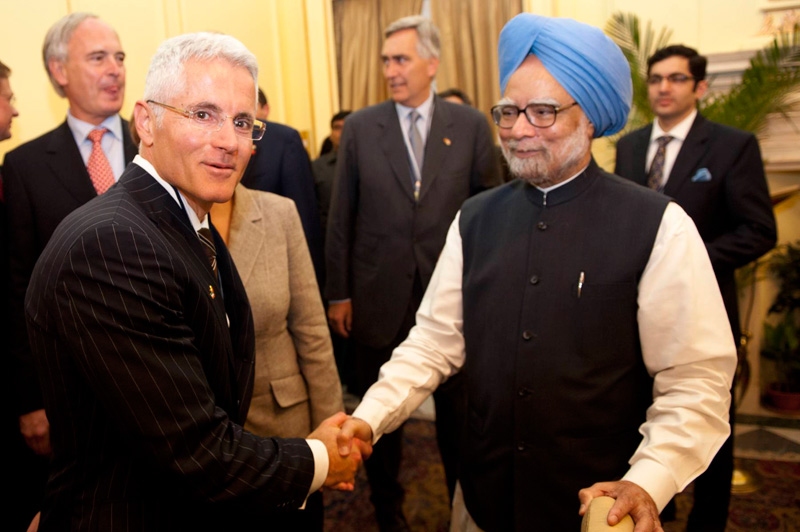 The Prime Minister of the Republic of India, Manmohan Singh, welcomes Philipp Bayat, Sales and Marketing Director of the BAUER GROUP. 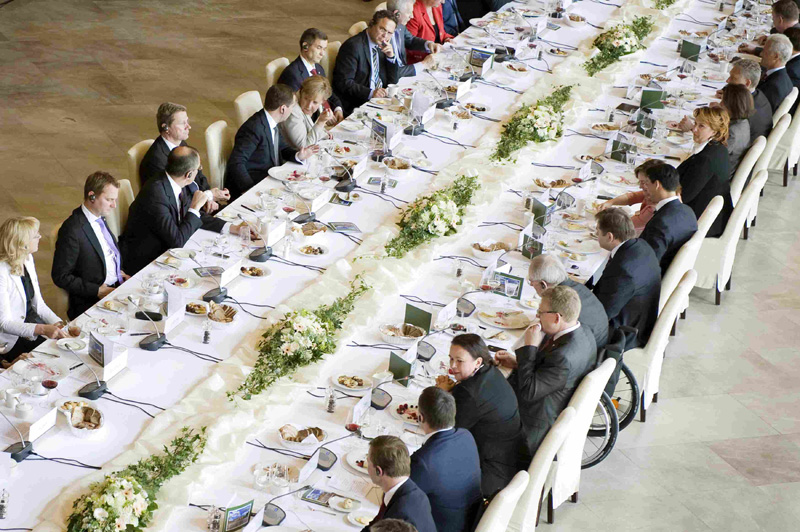 Working lunch of Dr. Angela Merkel, Dimitri Medwedew, and their ministers with Russian and German companies. Top right in the picture the representative of the BAUER GROUP.

Germany and India are looking in future to work more closely together and to promote collaboration in both the private sector and technology. The technical expertise and global experience of companies such as the BAUER GROUP are in great demand. With the foundation of the subsidiary company BAUER COMPRESSORS INDIA, the BAUER GROUP already established itself three years ago on the subcontinent and was amongst the companies specially selected to participate in the trade talks with India’s most senior politicians and business leaders during the visit by the German Federal Chancellor Dr. Angela Merkel.

In collaboration with the Indian Prime Minister Manmohan Singh, Mrs Merkel opened the "Germany India Year 2011–2012" during her visit to New Delhi. The motto of the year is "Infinite Opportunities". Infinite opportunities, "in which we, the company BAUER, will now become involved, thanks to our technical expertise and thanks to the support of our Chancellor" says Philipp Bayat, Sales and Marketing Director of the BAUER GROUP, who accompanied Angela Merkel on her trip. In 2010, the trade volume between Germany and India was 15.4 billion euros. Both countries expect this figure to increase by 2012 to around 20 billion euros.

Equally successful as in India were the talks in Singapore, where the Chancellor and her entourage were guests on the 1st and 2nd June. Germany is Singapore’s largest trading partner in the EU, with some 1200 German companies being located here. The city state is the commercial hub for the entire region. Our subsidiary BAUER COMPRESSORS ASIA (BCA) has been established here since as far back as 1995, "it was of course a tremendous honour for BCA to have this opportunity to conduct talks accompanied by the Chancellor", says Bayat.

There is no replacement for personal contacts. Following Philipp Bayat’s meeting with top-ranking representatives of Russian business and politics earlier this year accompanied by the Bavarian Prime Minister Horst Seehofer, the BAUER GROUP was also invited by the German Chancellor to the business talks with the President of the Russian Federation Dimitri Medwedew on 19 July in Hanover. The talks focussed on developing the collaboration within the energy sector – where, besides industry giants such as Siemens and RWE, also large family businesses such as BAUER will be getting involved.